It's got a better Marketplace that's much more attractive and closer to feature-complete (possibly even usable by real users!)

It's got better JSON APIs and other APIs for building upon.

It provides better tools and a bit better supportability through better error handling and better logging.

4.2.0-M1 is a milestone release of a minor version under uPortal's current (not Semantic Versioning) versioning scheme.

In practice this means that APIs are allowed to change.

In the specific case of uPortal 4.1 to 4.2, upgrade pain is expected to be very modest -- not much changed that's going to wreck your day on an upgrade.

A milestone release (-M1) is not a general-audience release. It's not even a Release Candidate. It's just a milestone, a commit along the way picked out for running the release process so that it's more conveniently available for trying out (hello, quickstart!), so that it's a shared reference point to talk about, and to try on the idea of cutting a real release without yet making that commitment.

Opinion: It's time to cut a release.

There's enough here. It's time to cut a Release Candidate, take master to bugfix-only mode, and iterate through Release Candidates until it looks good enough to cut a real general audience release of uPortal 4.2.0, which would be pretty darn quick.

Mop up for GA release

In my opinion, here's what ought to be fixed between where we're at now and uPortal 4.2.0 GA release:

These developers have contributed commits to uPortal master since uPortal 4.1.0 was released (and so have commits included in this milestone release).

Perhaps what's most important about a platform and what most needs versioning in its releases are its APIs. uPortal 4.2 ships better APIs.

uPortal 4.2 improves the JSON APIs to

uPortal 4.2 introduces branching in the rendering pipeline. This has proven useful at UW-Madison to enable selective innovation in how not-focused-on-just-one-portlet requests are handled and has seemed promising for enabling further innovation in the Respondr theme.

uPortal 4.2 cleans up IPerson, an API central to much of uPortal's guts. This helps set the stage for continuing to hone uPortal's person and security APIs in future releases.

One simple way of including content in your uPortal is by embedding SQL queries. The portlet implementing this now supports caching and Spring Expression Language expressions. 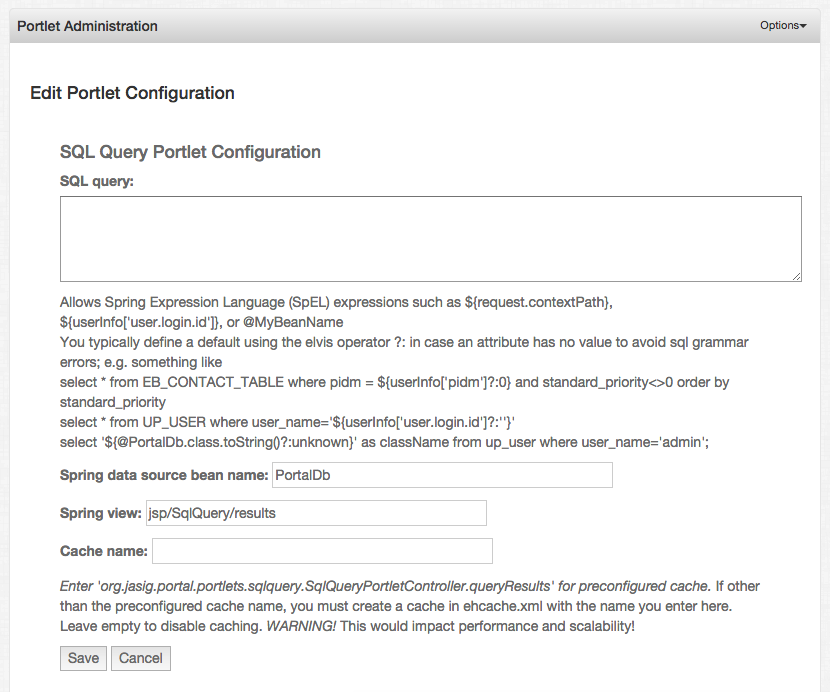 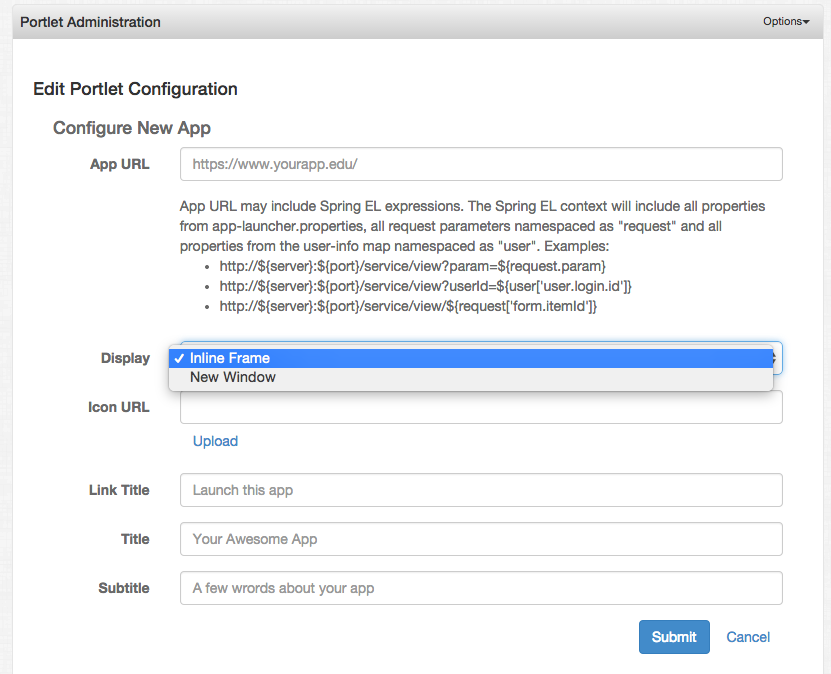 There's even new suppport for a six-column layout in case you'd like to display a bunch of these app launchers all in a row. 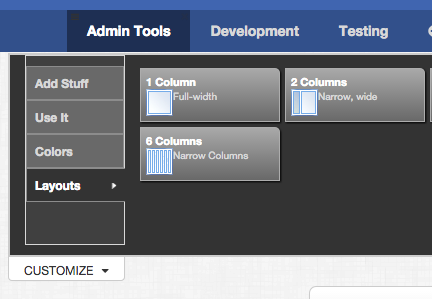 One of the most common configuration and integration points in uPortal is the component called "Person Directory", the sub-system for gathering user attributes from various directories and sources. uPortal 4.2 adds a Groovy plugin for this system so you can script this attribute gathering using Groovy. You might need that.

Or maybe you nailed your user attribute gathering and wrangling problems at your identity management middleware layer. If you like the user attributes coming from CAS, well, in uPortal 4.2 you can now rely upon those.

There's some kind of Tin Can API stuff in uPortal 4.2.

Marketplace shipped in uPortal 4.1 as a half-baked neat concept that wasn't feature-complete. This was unfortunate, and happened because MyUW started down a path of implementing this functionality as a Portlet and contributed in-flight code into uPortal master, but then ended up going a different direction for the MyUW Marketplace implementation.

Marketplace has been greatly improved and filled in for uPortal 4.2, so even if you're not ready to take the AngularJS-front-backed-by-JSON-web-services plunge, you too can enjoy a better user experience for discovering and launching portal functionality. 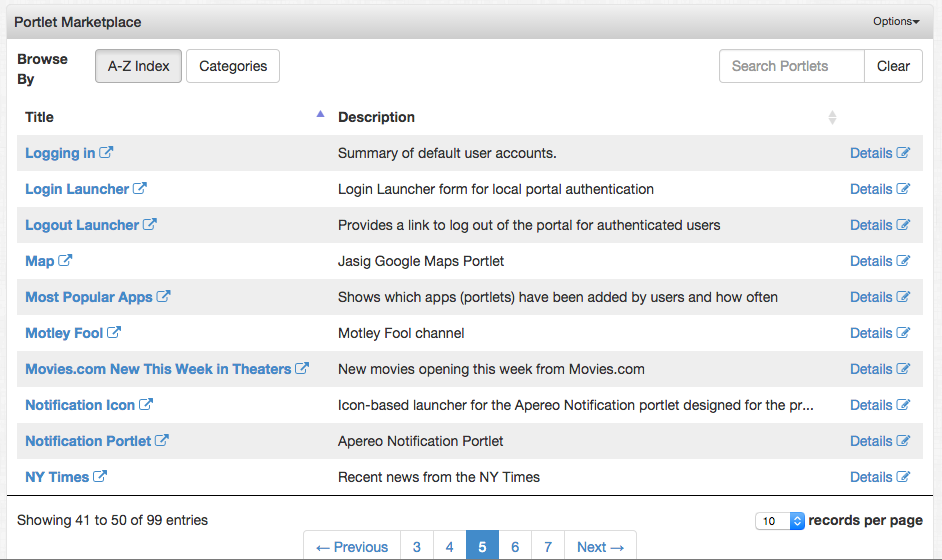 Performance should be better with client-side rather than server-side screenshot validation caching and even pre-fetching marketplace content on login.

Guest users are no longer taunted with invitations to rate a portlet or add it to one's favorites, since those features are only for logged in users. 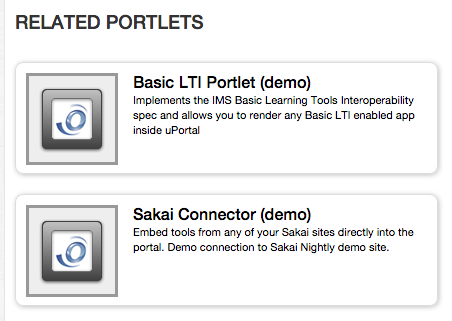 Behind the scenes, Marketplace entries can now have keywords, though this isn't yet reflected in the UI. Marketplace also enjoyed some basic code cleanup.

Search is a really important platform feature and it gets a bit better in uPortal 4.2.

Simple content portlets can participate in uPortal search reflecting their dynamic content rather than just their portlet description. That's really cool. However, the title of the search entry was always something silly like "advanced-cms" instead of the title of the actual portlet. That wasn't very cool at all. That's now fixed.

uPortal is in part a construction set for building your local portal implementation. Construction sets are better with better tools. The tools get a bit better in uPortal 4.2.

The portlet manager UI in uPortal 4.2 is spiffier.

There are tool tips to help disambiguate portlet title from name and to provide some context on the other basic portlet metadata. This is supported by updates to channelDefinition.dtd documentation. 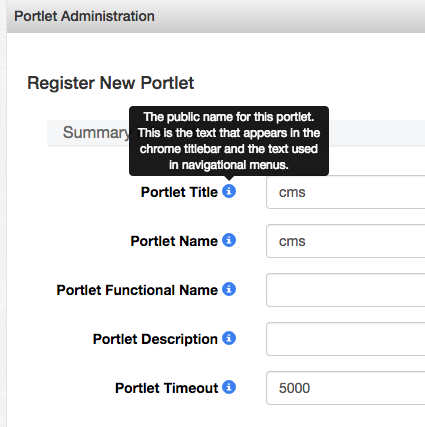 Portlets can now be placed into a Maintenance lifecycle state to temporarily take them out of service with a reasonable portlet unavailable experience. 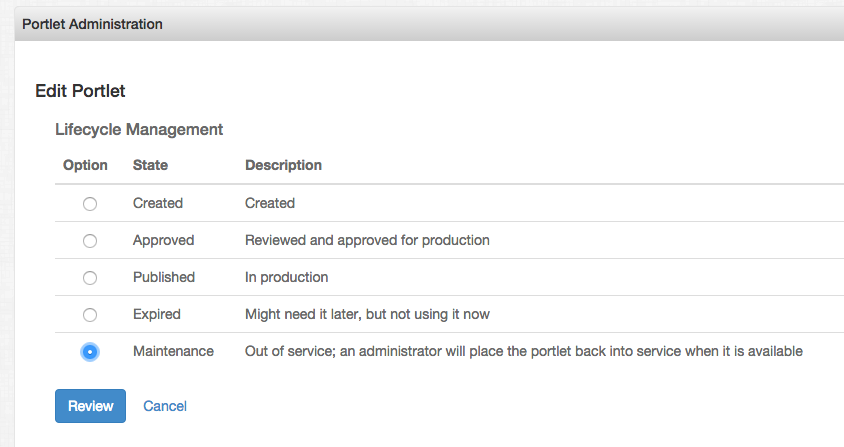 Administrators can now conveniently launch the config mode of portlets embedded in the chrome without finding those portlets in the portlet administration table of portlets.

The Permissions Manager UI is also fixed in this release. 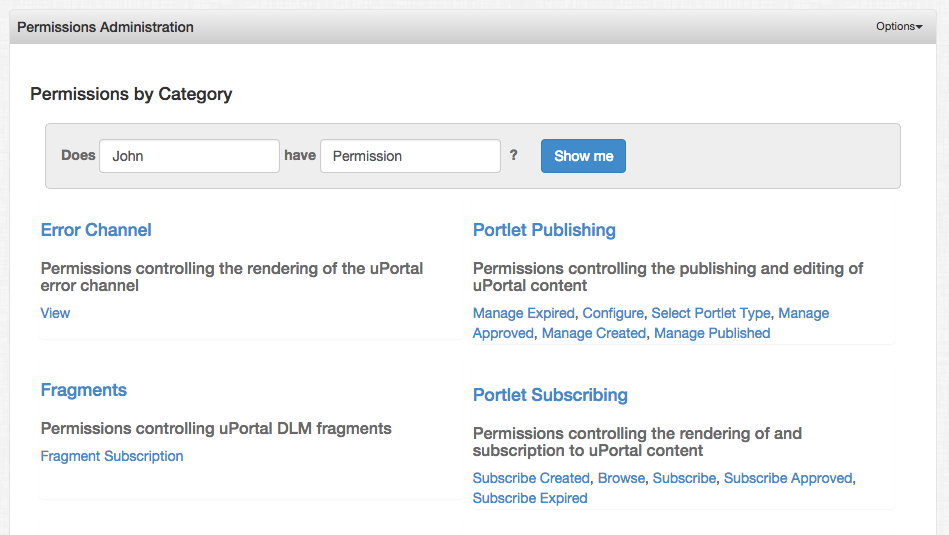 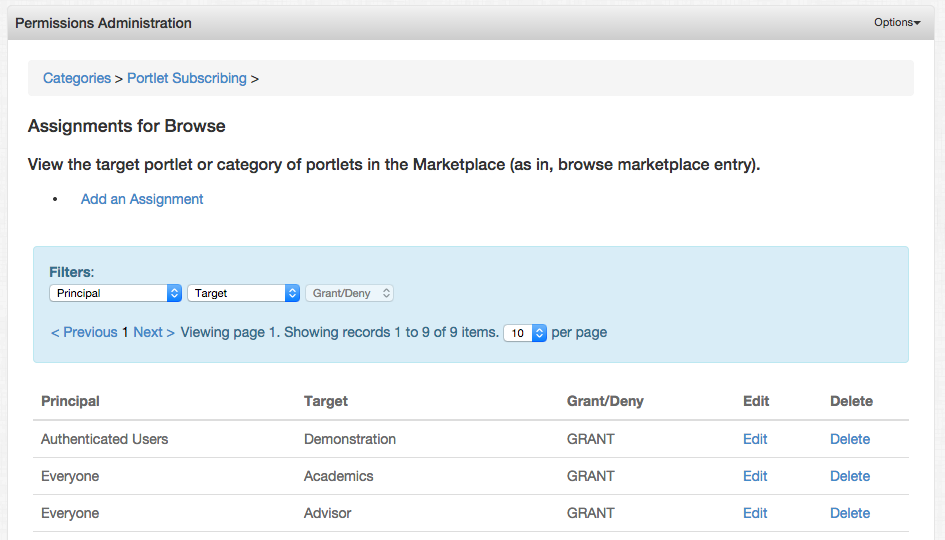 This release adds convenient Ant targets for generating SQL schema update scripts, and for deploying the LESS or XSLT files without incurring the full build lifecycle.

uPortal now includes an (optional) client-side warning that a session is about to expire with the opportunity to extend the session.

This is an optional, off-by-default feature. You don't need it if you only have one profile or don't need to let users choose between them. However, if you're like MyUW and you want to provide a opt-in or opt-out graceful transition from one profile to another (say, in moving from Universality to Respondr), this sticky profile selection feature remembers what users chose and re-applies it on subsequent sessions.

If you do press forward with Respondr implementation, and you should, you'll want to be sure the Respondr XSLT compiles, and there's now a unit test to reassure of that. 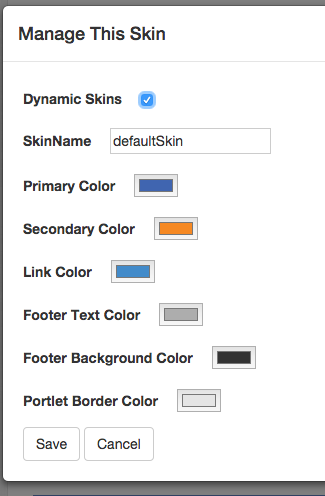 When you render a portlet that's not in your layout (i.e., addressing it by fname), it now appears in an ad-hoc transient tab, even if you're not logged in.

uPortal 4.2 ships with an updated CONTRIBUTING.md that emphasizes communication.

In which I share some ideas for presentations. Practical experience with Clojure, in production. Cross-institutional collaboration and code sharing beyond Portlets and war files Static site generators as alternative to tools like WordPress and Drupal Getting Things Done: personal productivity and workflow for higher education IT professionals DevOps : beyond the

In which I share the inane Office365 annoyance of the day. I was trying to reply to a message and tried to launch my reply into a new window for more comfortable editing. Nope.