In which I reflect on violent language in the title of an article criticizing Scrum.

Someone recently recommended to me the article

"Why Scrum Should Basically Just Die In A Fire"

The article was of course a criticism of Scrum cataloging how it didn't work for the author. Or something like that. Maybe.

I kind of didn't get past its title.

"Scrum is a bad idea"

"Scrum didn't work for me"

"Scrum will harm your team and organization"

"Push back against Scrum"

The author didn't use any of those titles. No, he titled it "Why Scrum Should Basically Just Die In A Fire".

Why Scrum Should Basically Just Die In A Fire

There's a lot going on here.

First, Scrum is being personified, cast as a living thing, presumably a human. Living things burn in fires and die; and it matters most when it's human beings doing the burning in the fire and dying because they are most able to experience the qualia of immolation and death.

PETA, hold your arrows : I'm not saying non-human living things cannot suffer or that their manner of death doesn't matter.

Rather, I'm calling the author on this imagery. It seems fair to assume the intended imagery is Scrum personified as human burning at the stake or in an apartment fire. Burning in effigy.

Next up, the word "should". A normative statement about the way the world ought to differ from status quo.

This is a title about what should happen, not what is happening.

Not "Scrum is spontaneously combusting". Should. "Scrum presumably isn't currently burning but should be."

Of course, if you believe that the world should be different than it is, maybe you should consider taking action to make that should a reality. That's what "should" means, that the should-be state is preferable, of greater value, than its alternative.

Finally, we have, not just dying, but dying in a fire. Potentially a terrible, excruciating way to die, going with the burning-at-the-stake end of things rather than the smoke-asphyxiating-in-one's-sleep end of things.

I think it's fair to impute the burning-at-the-stake end of things, because otherwise the "in a fire" part wouldn't be adding any meaning to the "die" part.

Not "quietly die in its sleep".

Why this is problematic

Should anyone die in a fire?

I mean, for people who buy into the whole eye-for-an-eye drone-strikes-dispensing-fiery-death-from-the-sky let's-see-if-desert-sand-can-glow-in-the-dark he-had-it-coming-to-him mutually-assured-destruction-as-sensible-policy mindset, maybe there's nothing objectionable to this.

But there's an alternative mindset to be had:

No one should die in a fire.

I think that mindset is at the least a valid one, a viewpoint that a reasonable person could hold.

Dying in a fire is sad, tragic. It's sad that we all have to die. It's sad that some of us die in particularly violent and unpleasant ways. It would be a better world if this happened less.

Why am I, in the very title of an article about project management, being asked to hold in my mind a statement that presumes the acceptability of wishing violence upon persons? Was that necessary?

Even if someone should die in a fire, should Scrum?

Suppose you do accept the proposition

There exist circumstances in which persons should die in a fire

I'd rather you didn't. Punishment is broken. Love your enemies. All that. I attended a great talk the other day (University Roundtable : Mark Louden : Who are the Amish?) that mentioned radical non-resistance, beyond pacifism, that's gotten me thinking.

But suppose you do.

Presumably this gets into an ethics of just desserts, of getting what you deserve. Of punishment that fits the crime.

So, in such an ethics, in what circumstances should persons burn in a fire and die, rather than some lesser comeuppance?

Presumably the worst-of-the-worst, right? An outcome reserved for the very most serious transgressions against one's fellow human? Cold-blooded serious crimes of intention?

First there's the implied seriousness. Hey, it's just project management approaches. Are the stakes so very high as to justify the most horrible available censures? Is Scrum doing anything conceptually remotely equivalent to capital murder? Calm down and take down that pyre.

Is the implication that Scrum is not just misguided but is acting in bad faith, is deliberately laying waste to organizations and programmer careers? At the least that's an uncharitable mindset to lead with in ascribing intentions to the proponents of Scrum.

So what's the implication here?

So, this burning in the fire and dying, how is this to be accomplished?

I don't have personal experience with burning in a fire or losing a loved one to fire, but I expect that some people who do found the experience significantly traumatic. Will leading an article about project management experiences off with this imagery remind some people of this trauma?

"Die in a fire" perpetuates a hate speech meme

So, in writing this blog post, I Googled "die in a fire", figuring this might be one of those memes I'm not hip to.

Sure enough, Urban Dictionary has some of the history on it.

... The TABC began receiving a large volume of hate mail from around the country, and in a follow-up story TABC spokesperson Carolyn Beck was quoted as saying, "I don't really understand the hateful outrage. I don't understand, 'Die in a fire'."

It's probably best not to get your culture cues from hateful outrage.

Yes, it's a meme, and that does nuance somewhat its use in language. It's not just literally wishing a person would die in a fire, it's a token, a linguistic macro that expands to something less literally violent and more expressive of unappreciation and dismissal.

To lead with a title normalizing violent death frames the discussion. As hostile, as violent. Scrum is without value, it's bad, and it should feel bad, and then it should die violently.

And then you read the article, in a mindset of looking for justification to burn Scrum at the stake.

If I write an article "Waterfall should be eased into an early, comfortable retirement, with an attractive buy-out as necessary", that too, right from the beginning, will frame the discussion. Perhaps as one of appreciating waterfall's career and contributions to society but recognizing that it's time to ease it out, replaced by fresh perspectives.

And then you read the article, in a mindset of looking for justification to ease Waterfall out (and perhaps with a thread spun up thinking about how might we accomplish this gently). Thinking about, what would that buy-out look like?

To casually include language of norms of violent deaths for persons in the titles of articles about project management is to casually encourage accepting the acceptability of wishing violence against persons.

You might be annoyed about this blog post right now. (It's okay. You feel how you feel.)

Andrew, it's just a title. Don't be so thin skinned.

It's just an evocative image, a way of drawing the reader in, engaging. He didn't mean anyone literally should burn and die. Just a figure of speech. A meme, even.

It's a more exciting title than the dry boring stuff you suggested earlier.

Get some perspective. It's no worse than all kinds of violence in our culture, in Game of Thrones, in ...

Yes. But I think this is the problem. We have a presidential candidate talking about randomly shooting people on the street, like that's an acceptable thought to give voice to in a campaign context. This is not okay. This pervasive violence of culture is not okay.

We need to recognize and admit that this isn't okay.

We need to start talking and acting like all persons are endowed by their creator with certain inalienable rights, that all persons should be afforded fundamental dignity, that love your enemies means something.

This cuts both ways.

If I write an article "Waterfall should enjoy an early, comfortable retirement, with an attractive buy-out as necessary", that too, influences culture a bit. Nudges the thought of, oh, it's not just destroy the things you disagree with, it's gently supplant them. It's not that the other has no value. We should appreciate the value in it, even though it's not the preferred way forward.

It's going to marginalize and discourage some voices.

How to do this better

I often don't remember to live up to this, but I find the threefold sieve greatly worthwhile when I do:

Saying that Scrum should die, well, it fails all of these.

Applying the sieve might have yielded an article title that wouldn't distract me from, well, reading the actual substance of the article, and engaging with that instead.

That University Roundtable by Mark Louden was really quite good and thoughtful. Perhaps you'd like to learn more about it.

I hear that Nonviolent Communication is a great book, but I haven't read it yet. ( wikipedia article ).

I'm embarrassed to say I searched for an exciting image depicting the Salem witch trials first. That culture of violence, it runs deep.

In which I scratch my itch for a page that lists recent Apereo newsletters. Notes here are selfishly focused on aspects of Apereo most relevant to me. Ordered most recent to least recent. 2016 February and March (Posted to Apereo Announcements Google Group.) ESUP-Days 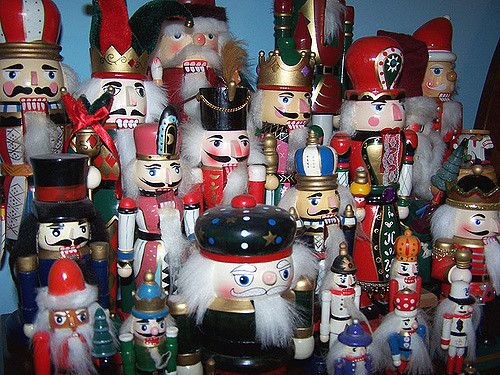